The Five Crosses is a method of sharing the gospel developed by Pastor Danny Forshee.  It is a simple and easy to remember gospel presentation that focuses on the most widely recognized symbol in the world—the cross.

How do I start the conversation?

Talk about familiar symbols.  Some examples include the five Olympic rings, the Nike swoosh, and Macintosh computer’s apple.  Draw them if you are in a place that will allow you to draw symbols.  Briefly talk about what they represent.

Next, draw Cross Number One and share that the cross is the most recognized symbol in the world.  Why is the cross so widely recognized and celebrated, hanging around people’s necks or tattooed on their bodies?  The answer is because the cross points to Jesus Christ who died on the cross.  God sent His Son Jesus to die on the cross for our sins so we could have an abundant and eternal life!  John 3:16 says, “For God so loved the world that He gave His only begotten Son, that whoever believes in Him should not perish but have everlasting life.”

Draw Cross Number Two and point out that the cross has a vertical line intersected with a horizontal line.  The vertical line points to God reaching down to us in Jesus.  All religions are man’s attempt to reach God, but in Christianity, God sends His Son Jesus to die on the cross for our sins so we could have an abundant and eternal life!  Romans 5:8 states, “But God demonstrates His own love toward us, in that while we were sinners, Christ died for us.”

Draw Cross Number Three and explain that the horizontal line in the cross speaks to our relationships with one another.  When we are rightly related to God through Christ, we are then empowered by His Spirit to love and forgive others.  Jesus said that the two greatest commandments are to love God and love each other.  Matthew 22:39 states, “You shall love your neighbor as yourself.”

Draw Cross Number Four and speak of how the message of the cross changes lives.  Throughout Scripture we read of how God meets people where they are in life, forgives them, and gives them a story to share with others.  John 9:25 records the testimony of the man that Jesus healed: “One thing I know: that though I was blind, now I see.”

Finally, draw Cross Number Five and say that the fifth cross points to you and your relationship with God.  Tell the person, “God loves you, and He invites you to believe in His Son and turn from your sins.”  Romans 10:9 states, “That if you confess with your mouth the Lord Jesus and believe in your heart that God has raised Him from the dead, you will be saved.”

Now ask if they would like to call upon the name of Jesus for their salvation today! 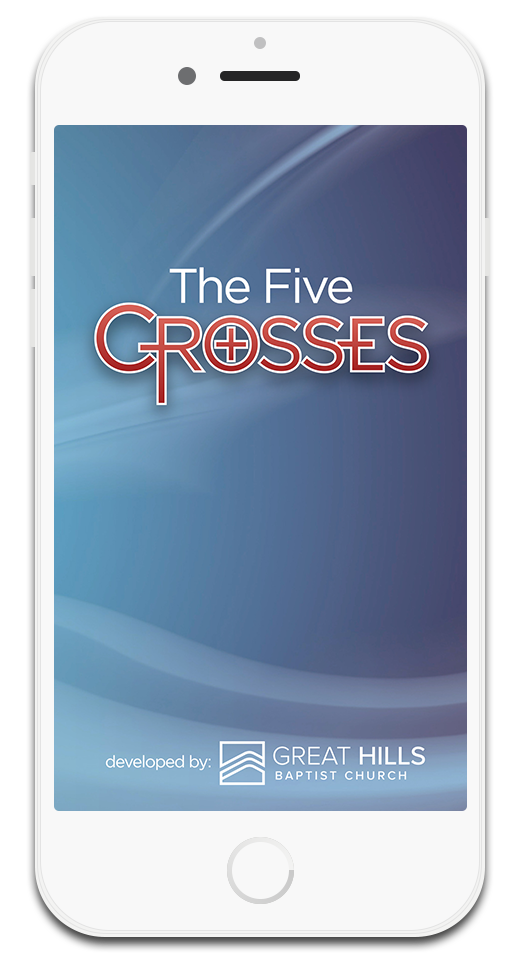